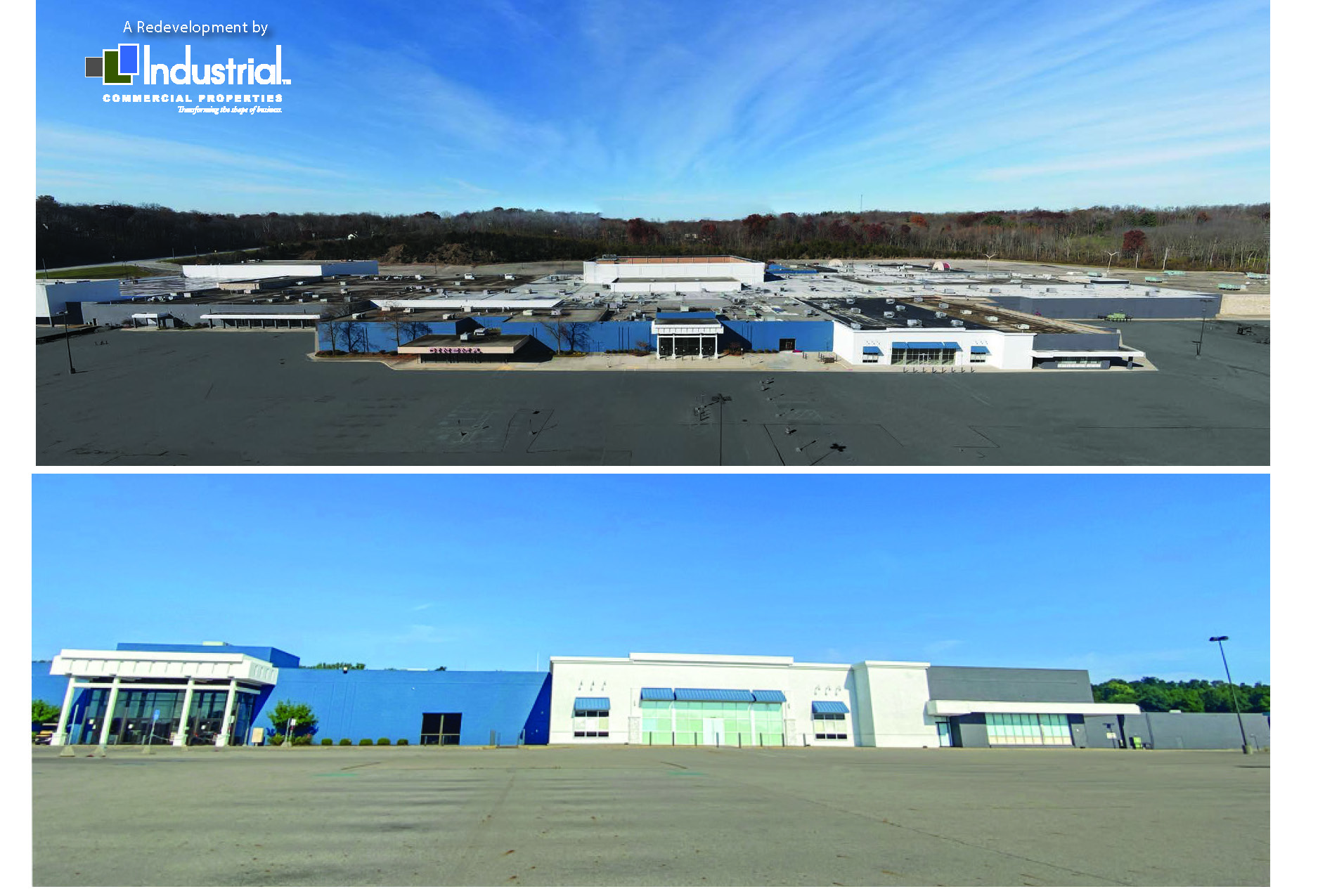 Over the past decade or so, the American mall has been pummeled. In 2017, a report issued by global bank Credit Suisse predicted that roughly one in four malls would close by 2022 as a result of shifts in consumer spending habits. And then in 2020, pandemic shutdowns and social distancing delivered another striking blow. While higher-end malls have been able to withstand the onslaught, many Class B and Class C malls in rural areas across the country have not.

When Sears, the only remaining anchor tenant at The Upper Valley Mall in Springfield, Ohio departed in 2019, the mall’s future as a retail destination was in jeopardy. By June 2021, the mall had closed its doors for good.

Officials of the Clark County Land Reutilization Corporation, which purchased the property in 2018, tried to determine what the future of the property might look like, knowing that retail was no longer a viable use. Many older malls were simply being demolished with no plans for future development. But in 2021, the mall was purchased by Industrial Commercial Properties with plans to convert the obsolescent space into a massive industrial business park.

It’s a trend we identified as a redeveloper of industrial facilities as a result of industrial buildings being harder to find for redevelopment, explained Kohl Kirkland, director of sales and leasing for Industrial Commercial Properties.

“We saw that there was an opportunity with declining brick and mortar retail, especially in outlying locations, to step into those buildings that would be underused, get control of them, and convert them to new use as light industrial facilities,” he added.

In addition to identifying a better use for declining brick-and-mortar retail, “the other benefit with these facilities is that they are generally located well, close to highways,” said Kirkland. Something that also benefits light industrial users.

After being referred by Dave Haigh at NAI Hiffman, Rittal began working with Matt Osowski and the Industrial Property Team in early 2021 with the goal of finding a large distribution space near their Urbana headquarters, there was only one space available that partially met its requirements. After searching for months, Osowski and Rittal took a tour of the Upper Valley Mall, which was still in operation at the time.

“We were standing in the middle of JCPenney trying to envision it as a distribution center,” he said. “I’ve never shown a mall in my life,” Osowski quipped, referring to his specialization in industrial real estate.

“However, the location was ideal and after seeing the space and reviewing the renderings, Rittal was very receptive to the concept,” he said.

“It’s a win-win for everybody involved,” said Kirkland. “In the case of Springfield, it was an asset that was community-owned, losing money, was severely blighted, and didn’t generate any revenue,” he continued. Converting the space not only lifted the burden on officials and removed an eye sore for the community – it provided needed space for industrial users, created jobs, and generated tax revenue that will benefit the community for years to come, he added.

Read the case study for Rittal below: