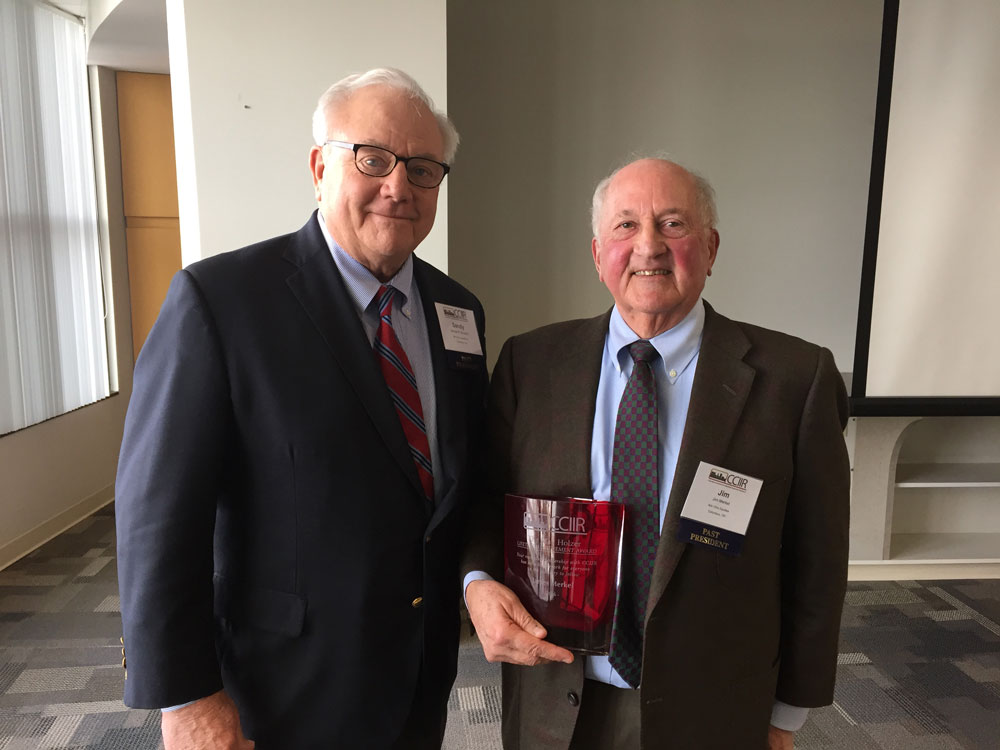 COLUMBUS, OH – 2/9/2017 – Jim Merkle received the Max Holzer Lifetime Achievement Award from the Columbus Commercial Industrial Investment Realtors (CCIIR) group during their February meeting. This is the fifth time the award has been handed out since its inception in 1974. The organization was formed to help distinguish commercial agents from residential agents.

The award is given out to honor distinguished members of the industry. “There is no one who has been more vital to the commercial real estate industry than Jim Merkle,” current CCIIR President Matt Osowski, SIOR commented. “He has not only been an industry leader, but was one of the original members of CCIIR.”

The award is named after Max Holzer, the first recipient of the Key Man award in 1984. “Max was the most ethical, professional and hard-working commercial agents I knew,” Jim explains, “it is very special for me to receive an award that is named after him.”